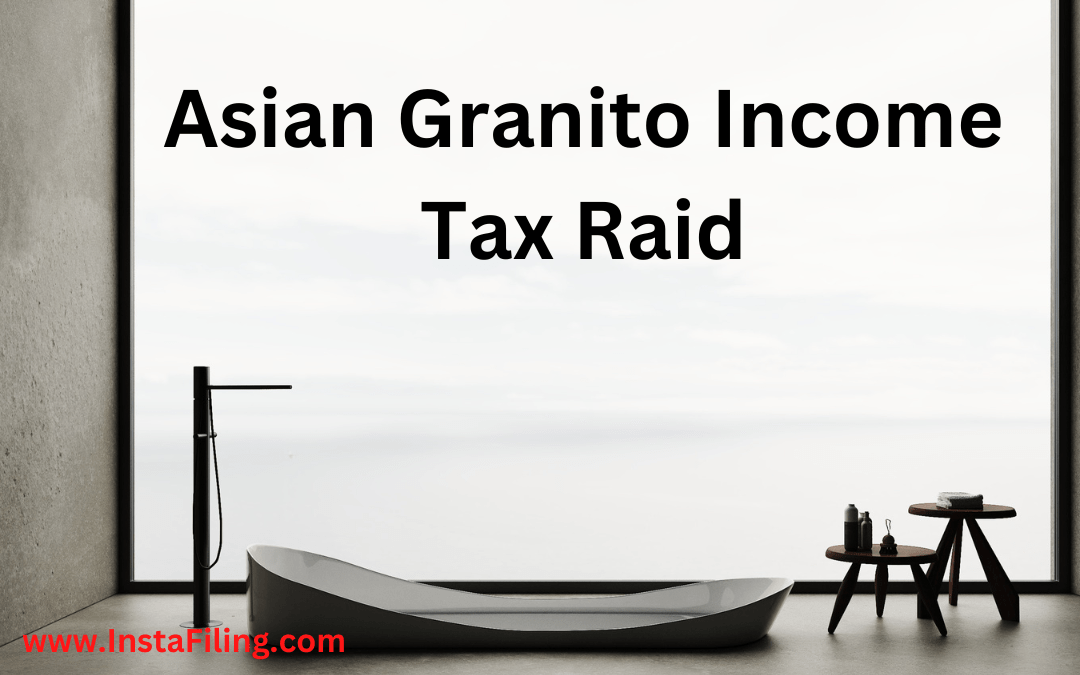 Asian Granito India Limited is an India-based ceramic wall and floor tile public company incorporated on 8th August 1995. The product portfolio consists of 1,400 designs, divided into various series, and available in several sizes. On May 26, 2022, the IT department raided Asian Granito. Let’s take a closer look at the Asian Granito income tax raid.

Asian Granito India, a leading manufacturer of bath accessories with headquarters in Ahmedabad, was the target of Income Tax Department raids. Kamlesh Patel is the owner of Asian Granito India, one of the biggest brands in the country for luxury surfaces and bathware solutions.

Raids also took place on the premises of investors and business advisers, including Sejal Shah.

The officials recovered an additional Rs 5 crore, bringing the total amount of unaccounted income found to Rs 15 crore. Of the cash seized, Rs 400 crore was found in a raid at the house of Surat-based stockbroker Chirag Modh at Ratan Jyoti Apartment on VIP Road in the city.

The company’s premises, as well as the owners, their relatives, financiers, and business consultants, were raided in 40 locations across the state.

Officials seized Rs 10 crore in unaccounted cash and sealed the company’s 12 bank lockers in various banks. Seizure of a large amount of incriminating documents during the raid.

Asian Granito intends to pay off its debts in the next 2 years on a consolidated basis. The company has reduced its total consolidated debt by around Rs. 35 crores, resulting in an improved debt-to-equity ratio of fewer than 0.5 times.

What is Asian Granito rights issue?

Asian Granito India Ltd’s (AGL) Rs. 441 crores rights issue oversubscribed by 127% with an overwhelming response from shareholders and investors. With bids of 8.89 crores shares for Rs. 561 crores closed at Rs. 561 crores against Rs. 6.99 shares for ₹441 crores on offer.

Oversubscribration of the public portion of the rights issue by more than 1.38 times, with bids received for 6.87 crore shares, totaling 432 crores.

AGL’s promoter and promoter group shareholder participated in a rights issue to obtain full rights entitlement of  28.99% of the company’s shares.

Why did Asian Granito stock fall?

Asian Granito’s shares in Asia fell more than 6% on May 26 after reports that the Income Tax Authority is currently raiding the company’s premises. Asian Granito’s share price in Asia is down more than 53% so far in 2022. And more than 60% over the past year. For the quarter that ended in March, the company reported that its turnover increased by nearly 10% year-on-year to Rs 480 crore, but its net profit fell by 32% to Rs 12.1 crore.

Some 200 Income Tax officers were in the search operation. Shares of Asian Granito were down 6.3 percent at Rs 48.10 on the National Stock Exchange after reports said that Income Tax officials have carried out searches at numerous locations of the Ahmedabad-based ceramic tile maker.