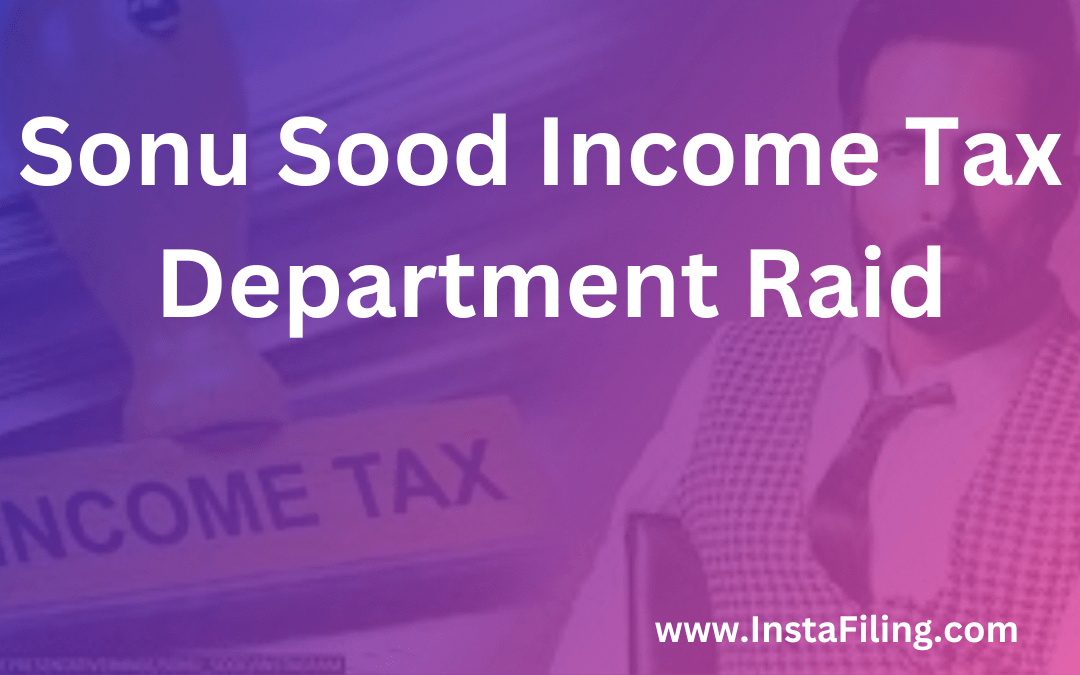 The Income Tax Authority claimed that an investigation carried out on Sonu Sood’s property found tax evasion of Rs 200 crore, illegal foreign donations, and several other irregularities. Aside from actor Sonu Sood, the tax department also searched a Lucknow-based group of industries involved in infrastructure development. A total of 28 facilities in Mumbai, Lucknow, Kanpur, Jaipur, Delhi, and Gurgaon were raided in his four-day raid.

“Incriminating evidence of tax evasion was found,” the Income Tax department said in a statement. The actor’s main method was to divert unreported income in the form of bogus unsecured loans from several bogus companies. Our research so far has uncovered 20 such listings in use. The provider has admitted under oath to creating a fake accommodation listing. They accepted checks instead of cash. There have been instances of professional income being disguised as book loans for tax evasion. It was also revealed that these fake loans were used to invest and acquire properties.

A member of the IT department found that the charity formed by the actor on 21st July 2020 has received donations totaling Rs 18.94 crore since 1st April 2021. Of this amount, 1.9 crore rupees was used for various relief efforts, and the rest of his 17 crore rupees was left unused in the Foundation’s bank account.

It was also discovered during the investigation that the charity foundation raised Rs 2.1 crore from overseas donors on a crowdfunding platform in violation of FCRA regulations.

According to the results of the bureau’s search operation, “the actor entered a joint venture real estate project and invested large sums of money, which uncovered incriminating evidence of tax evasion and fraud in the company’s books.” In the course of the search, cash of Rs 1.8 crore was seized and 11 lockers were banned.

In response, Sonu Sood said we submitted all the documents, but submitted more documents than they wanted. Jaipur and Lucknow do not have an inch of land as accused. We have already provided the documentation for this. Regarding FCRA (Foreign Contribution Regulation Act) violations, corporations and foundations that have been listed for more than three years can register with FCRA and receive funds. My foundation is not registered and cannot receive these funds.

Not a single dollar or not a cent is reflected in my account. We provided all relevant documents to the officials for every single person we treated medically, including the patient’s, hospital’s, and doctor’s details, as well as their PAN numbers and phone numbers. Everything is recorded, including whom we helped and how.

As the country faced the wrath of the coronavirus pandemic, Bollywood actor Sonu Sood was helping people across the country. He helped workers get home and provided basic services like oxygen concentrators and vaccines. He was remembered by many as the Messiah.

While constantly assisting others, Sonu Sood also formed the ‘Sood Charity Foundation,’ which works 24 hours a day, seven days a week to provide people with beds, oxygen, medicines, and other necessities.

In 2022-2023, Sonu Sood is determined to help educate the young generation in this country as much as possible. After helping people in times of COVID and creating IAS grants, Sonu Sood’s SOOD CHARITY FOUNDATION is back with a new initiative, Free CA Education. Through this new philanthropic foundation initiative, Sonu Sood will help future CA students find internships, internships, and employment opportunities. To sign up for this you will need to visit soodcharityfoundation.org.

Becoming a chartered accountant is a significant life achievement.

It is an initiative named after the late mother of the founder. This full scholarship is available to students who wish to complete their university studies despite financial hardship.

We understand that helping immigrants return home is not a permanent solution as they have no way to earn a living. This gave birth to our next venture, Pravasi Rojgar. The platform has provided workers with over 300,000 jobs.

The main goal of this edition is to provide them with a better life and a stable source of income to help them through these difficult times.