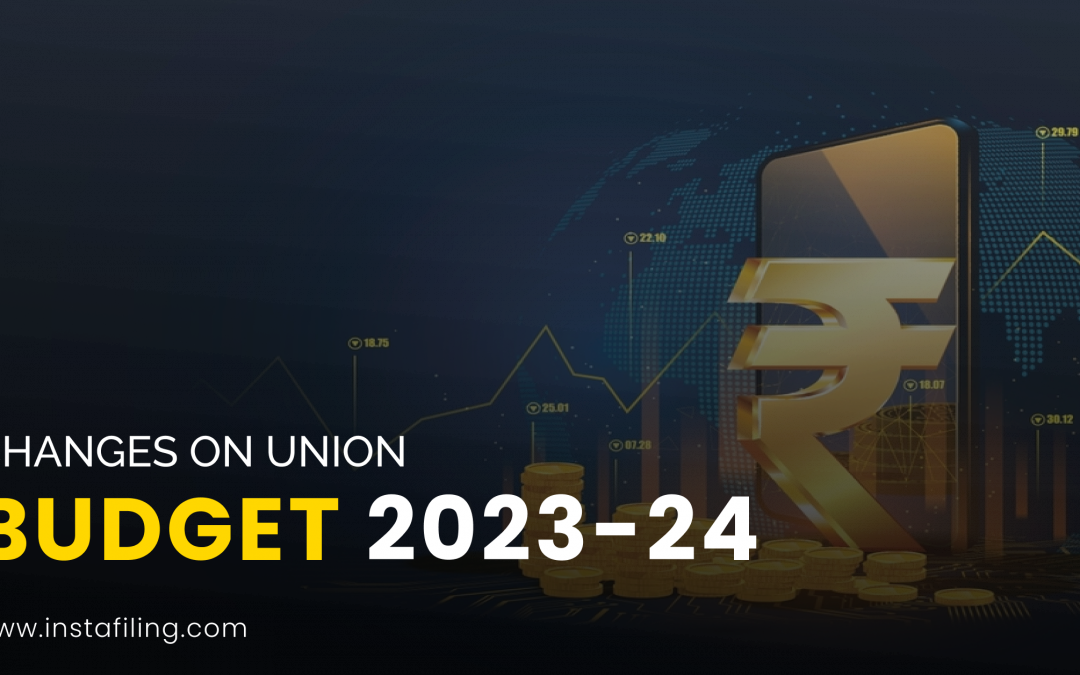 The Union Budget 2023-24 is set to release by the Finance Minister on 1st February 2023. It is hailed as a pro-growth budget that is set to boost the country’s economic activity. It is likely to focus on creating a resilient and self-reliant India through investment in infrastructure, health care, and education. There might be increased allocation towards digitalization of all government departments to promote transparency in governance.

What are union budget 2023 expectations?

The upcoming 2023-24 budget must include two key provisions.

Tax credit for capital or operating expenses related to the growth, capacity utilization, and use of cutting-edge technology applications such as Internet of Things (IoT), artificial intelligence (AI), and machine learning (ML).

The second is to reduce the interest on late GST from the current 18% to the proposed 12%.

The recent proposal by ASSOCHAM (Associated Chambers of Commerce and Industry of India) does a lot to level the playing field.

India is the world’s third-largest producer of renewable energy. Despite significant government push, solar installations in India have not gained the desired momentum.

Partnerships and Limited Liability Partnerships (LLPs) are taxable at a flat rate of 30%. The government provided concessional/alternative tax regimes for domestic corporations, individuals, Hindu undivided families (HUFs), and cooperatives. Governments are encouraged to introduce tax incentives for partnerships and LLPs.

Expectations of the common people

India’s middle and lower classes are arguably the hardest hit during the Covid pandemic. The expectation of these layers of society is tax relief.

The tax rate of 30% should be reduced to around 25%. And the threshold of the highest tax rate should be raised from INR 10,000 to INR 20,000. The budget should also reconsider raising Section 80C limits.

Investing heavily in health insurance should give you better tax exemptions. Better financial planning, like investing in mutual funds and stocks, should also be rewarded with bigger tax cuts.

In the current scenario, tax rates will vary by sector. For India to survive as a hub for both manufacturing and service industries, businesses expect introduction of harmonization of tax rates.

With the introduction of 15% corporate tax rate, India will have one of the most competitive corporate tax rates in the world. This not only strengthens the industrial/manufacturing sector but also paves the way for growth and excellence in the service sector.

Section 36(1)(iv) stipulates that the employer’s contributions to the NPS are deductible provided they do not exceed 10% of the employee’s salary. As the central government’s contribution to NPS has increased from 10% to 14%, relevant changes should be made to section 36 to bring consistency between the two sections.

As climate change remains a major concern globally, expectation is that there will be a need to increase incentives to invest in clean energy and renewable resources. India’s clean energy industry, the world’s fourth largest by volume, has long pushed for economic stimulus. This budget seems to be fulfilling a longtime vision.

Expectations for improved education and qualifications

India is the country with the youngest population in the world. For this reason, the country requires significant investment in education and skill gap training. The budget has touched on this issue in the past, but a significant boost in this area is expected from the 2023-24 federal budget.

Various sectors of the economy and the public have high hopes for this budget, but below are some of the general expectations that this budget will bring.

What are budget 2023 expectations for salaried employees?

Income taxes have not increased significantly in recent years and are not indexed to inflation, unlike the taxation of income from certain asset classes. As a result, net incomes, and thus the purchasing power of working people, have fallen year after year, even though the cost of living has fallen significantly.

Therefore, given the impact of inflation and its attendant benefits to low-income earners, the next budget may increase the basic allowance, which may relieve some of the burdens on middle-income taxpayers.

After the dividend distribution tax is abolished in 2020, dividends will be taxable at the hands of the recipient, with an effective tax rate that could reach 35.88%.

What is Budget date?

Finance Minister Nirmala Sitharaman will present the Union Budget for the financial year 2023-24 on February 1.

In which house budget is introduced?

A budget speech highlights the main points of the entire budget, which can span thousands of pages. A copy of the budget is placed in the Rajya Sabha immediately after it is submitted to the Lok Sabha.

How many types of budget are there in India?

It is estimated that India has three types of budgets: surplus, balanced and deficit.

This type of budget aims to live or spend within means and is commonly referred to by economists as an ideal budget. But economic fluctuations, inflation, and other unprecedented external or internal factors can make it nearly impossible, or at least difficult, to maintain a balanced budget. Planning for this budget is feasible in theory but difficult to implement in practice.

A budget surplus occurs when a government’s estimated revenues or receipts exceed its estimated expenditures for a given financial year. Simply put, governments make more money each year than they spend on public works and other projects, mostly thanks to taxes, import and export duties, fees, and other sources of income.

With more cash available, the government can pay off overdue bills and reduce the amount of debt and interest on outstanding loans. Deflation and changes in consumer behavior are possible side effects of deleveraging. Taxes make up the majority of consumer spending and reduce consumer spending. Reducing spending can negatively affect business and investments, slowing the economy.

A budget deficit is a budget in which the government’s expected expenditure is greater than or equal to its expected revenue or income for the financial year. When there is a budget deficit, government spending exceeds revenue. So you can have more debt and credit. To fill the fiscal gap, governments can use excess reserves or raise tax rates.

If the deficit stays within reasonable limits, deficit budgets can have beneficial effects on developing countries like India. For example, government spending on public projects in infrastructure, health care, pensions, and other areas are the first signs of budget deficits. It can also lower taxes and create more jobs during recessions. When governments take steps to increase employment opportunities, it indirectly increases aggregate demand for goods and services.

With the renewed focus on economic growth, the budget is expected to take a range of steps. In addition to the usual allocations to various sectors, the budget should also include provisions for new tax reforms and targeted incentives for industries. It is a budget that determines the direction of the future economic recovery.